Yesterday was world suicide prevention day which I only realised on my way home from work but it gave me motivation to write another blog post so here we go. Let me start by telling those of you reading this who know me personally to calm down and not bombard me with messages asking if I’m okay, the answer is yes, on the whole my mental health is pretty great now. I don’t particularly feel the need to get this off my chest but I want to do so because it’s important for us to not be fearful of showing vulnerability once in a while. Perhaps reading this will help someone else in a dark place come to terms with the potential of a better future. With that in place, let me take you back to the summer of 2016 when I was, in the words of Marsellus Wallace, “pretty fuckin’ far from okay”.

A year previously I had been forced to change universities due to a certain lack of what they refer to in the business as ‘university credits’. The following year was the worst of my life, a slow, steady, descent into the most negative aspects of thought. I refused to integrate into my new location and circumstance, choosing to keep to myself and having little real interaction with others outside of occasional visits to my old friends. Even these small reprieves from loneliness were tinged with a horrible feeling of being reminded every time of the mistakes I’d made and everything I had lost. Every train ride back to reality after a weekend with my old peers was spent trying not to be overwhelmed by depression.

Then came what has always been the worst time of year for my mental health since I was sixteen. Exam Season. I have always been incapable of revision, it simply isn’t something I can do. I have tried every technique under the sun, I’ve read articles, self help books, watched Ted talks and countless motivational YouTube videos but this particular bit of self improvement has forever eluded me. The simple idea of sitting down to learn, induced a sense of pure awfulness in every fibre of my being. I once induced a migraine after getting particularly anxious about the idea of having to write a lab report that was due in a couple of days. To deal with this I distracted myself as much as I could until no further delay was possible, all nighters and last minute was the only way I could ever get any academic work done. As an example, my final and most important piece of academic work, my 11,000 word dissertation, was done entirely in the last 20 hours before it was due. That is the extent to which exam season was an issue for me.

So that is where I found myself, in a city I didn’t want to be in, the loneliest I have ever been, already having failed at one university due to my chronic procrastination and facing my last chance in the form of half a dozen exams I needed to prepare for. I could try to blame how I felt at the time on external things. I could blame my parents for making me feel like ditching my degree wasn’t an option. I could blame the administration of the old university for kicking me out instead of letting me focus on my strengths. These would have been excuses that failed to cover the true reality which was that there was no external force to blame, all my problems were my own fault. I hated myself. Why was I such failure? Why couldn’t I just do what was necessary? Why didn’t I study on time? Why did I fuck up the best thing in my life? Why was I such a disappointment? Why did I keep repeating my mistakes? Why was I such a complete waste of space?

It became a tape running in my consciousness on repeat and no solution presented itself, I could no longer see a future in which I was happy. I began to spend my time in such a way that the day would pass as fast as possible, I despised my waking hours. Sleep was preferable to being awake and so thoughts of a permanent unconsciousness crept into my psyche. So it was, that a few days before my first exam, completely defeated by my own inner demons, I decided to just go for a walk to help shake the feeling of everlasting dread. So it was, that stood on Cromwell Bridge looking down into the River Irwell, I tried to calculate if the height of the bridge and the depth of the water would be a fatal combination*. Now I’d love to tell some inspiring story of what stopped me but I walked away from that bridge not with a new outlook on life but simply because it seemed too selfish to leave without at least an explanation for those that I cared about.

That evening I decided I wasn’t going to attempt my exams, I ordered a pizza drank some cider and came to the conclusion that whatever would happen, would happen, but even at its worst, it would be better than leaving my family without any support. I never did solve my inexplicable study issues but I decided to accept that it was part of who I was. I couldn’t make myself meet my potential as a student but there would be more to life than a high grade on my degree. I did change the situation around me, I made an effort to get to know new people, get involved, started going to the cinema by myself and had a pseudo relationship. Since then I have focused on being happy with the person I am, to accept my own flaws as an intrinsic part of my personality. My procrastination was not the thing that led me to suicidal thoughts, it was my inability to accept it as core component of what makes me, me.

As I got further into writing this I became progressively more apprehensive about putting it online for everyone to see. It feels like over sharing, part of me worries I’ll be treated differently if people know about that episode in my life but fuck all that. I’ve recently started to believe that we should all be a bit more open and share this stuff. Social media has become a highlight reel and browsing through feeds can easily make you think that everyone else’s life is better than yours when the reality remains that all of us have bad days and maybe occasionally sharing those too, shouldn’t be such a faux pas. Reach out to your friends (not me,I’m fine you idiot, says so in the title), the simple act of showing someone that you will care if a bad thing happens to them can make all the difference. As for me? I’m probably the happiest I’ve ever been and I’m going to keep browsing suicide memes because honestly… that shits hilarious. 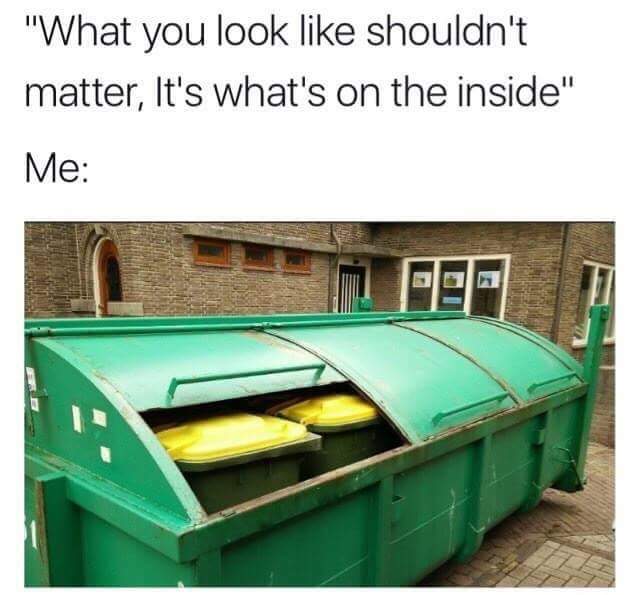 * In retrospect that river wasn’t even close to deep enough, all I would have achieved is a broken leg and pissed off some swans who were having a perfectly lovely day.

View all posts by zanesdomain